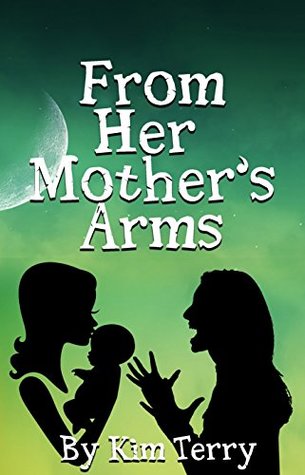 This book is awesome. I got hooked from the start.

We’d love your help. Let us know what’s wrong with this preview of From Her Mother’s Arms by Kim Terry.
Problem:
It’s the wrong book
It’s the wrong edition
Other
Details (if other):

Thanks for telling us about the problem.

Not the book you’re looking for?

Preview — From Her Mother’s Arms by Kim Terry

From Her Mother’s Arms

Bo, older brother of Sybil Stevens, has remained his sister’s closest confidante throughout their lives. When “Sister” turns up pregnant, he finds out that the baby’s father is none other than his high-school buddy, Damon, a rakish quarterback with a score to settle.

Damon has caught his girlfriend with his arch nemesis, Jett Davis. When Prom Night rolls around, he invites Jett Davis’s innocent ex-girlfriend, Sybil, to Prom. Clueless about the “footprint” he has left behind, he finds his memory drifting to one reckless night in 1950. When he flies in to attend the funeral of another friend from high-school, he crosses paths with a distraught green-eyed woman at a gas station.