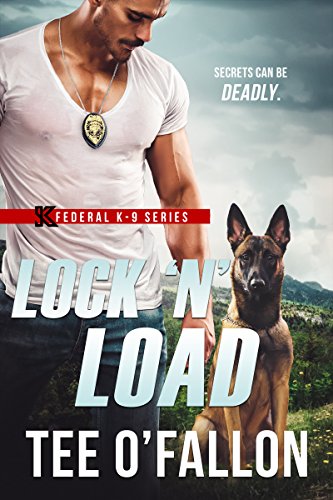 Crack CIA analyst Trista Gold is a whiz with the computer, but not so much with people. She hides behind her job, analyzing Top Secret code and making recommendations on national security. She doesn’t need a man in her life. But she will, very soon…

CIA K-9 officer Sgt. Matt Connors suspects that beneath Trista’s uptight appearance, there’s a sexy woman itching to cut loose. But he doesn’t dare act on his attraction. He’s a loner and always will be. Keeping away from Trista is a must-do directive. Until he doesn’t have a choice…

During a routine assignment, Trista stumbles across a cryptic exchange. She doesn’t think much of it…until someone tries to murder her—twice. Both times, Matt had been there to save her. But now she has to hide. And her new bodyguard, Matt, and his K-9 are the only hope she has against the powerful forces that want her dead.

I met this author 1 year ago in Atlanta at an author convention. I have several family members in the army and law enforcement. I love action books that keep you on the edge of your seat. And the bad guy I wanted to go through the book and knock his ass out. ( LOL)